Oxford’s major visual change is the removal of the border lines on the header, side menu and HDD icons sections. This goes a long way in eliminating the sophistication that regular File explorer come with. Pink is creatively appointed on the disk & devices bars while other icons and text on the rest on the window remain pretty much the same. Another notable change is on the context window which is transformed from the usual shade of grey to white. The contrast of this visual style is reduced significantly, which means the resulting look is as friendly as it could ever be. 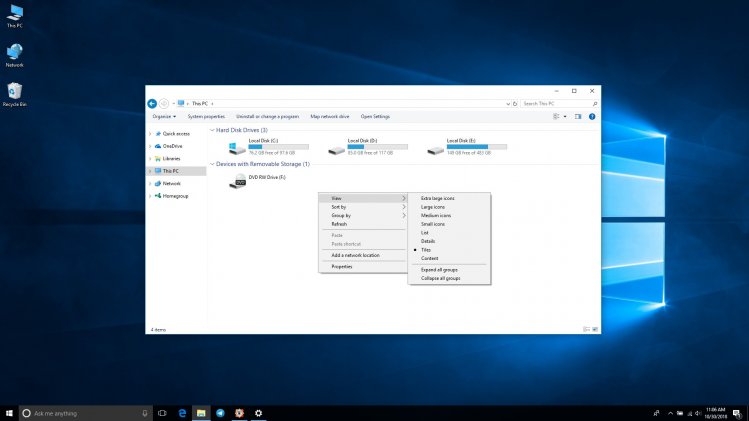 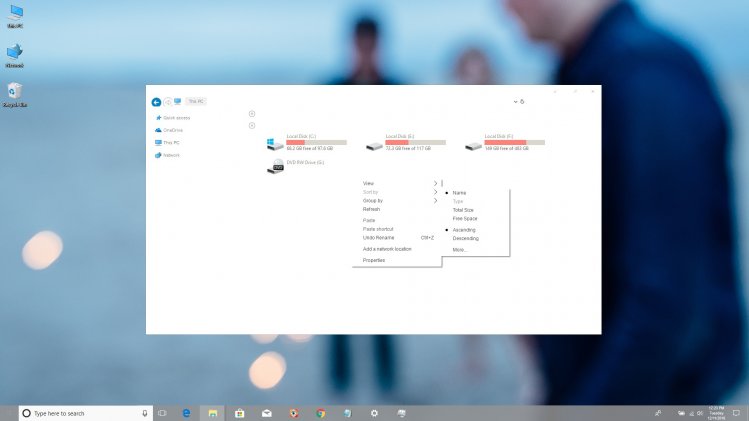